Fabric of the Past

Landmarks of American History and Culture

The origin of Beaumont Mill, just as the beginnings of the textile industry in Spartanburg at large, lies in the early start of the Industrial Revolution in the United States.  Many recognize that the Industrial Revolution began in Great Britain thanks to developments in textile manufacturing.  In the early years of the 19th century, the development of a powered loom sped up the weaving process. Coupled with innovations like the steam engine, improved for commercial application by James Watts for use in the mining sector in 1776, Great Britain soon dominated worldwide manufacturing.

In the 1790s, the first steps in the American industrial revolution came as an English immigrant and textile manager named Samuel Slater avoided the British laws prohibiting the spread of the new technologies by sneaking out of the country aboard a ship bound for Rhode Island. Here, he gathered investors and led the construction of the first textile factory in the United States. The support for manufacturing found in New England and among the Federalists, however, was overwhelmed by the strong resistance of the Old Republicans led by such powerful figures as Thomas Jefferson and James Madison who feared the repercussions of industrialization. That resistance made further industrial progress slow, at least until the economic and financial consequences of the War of 1812 showed Madison and his fellow Republicans the value of improvements in both manufacturing and transportation.

The textile industry took the lead in the rapid spread of industrialization around the country, focused primarily on New England. The growth was not exclusive to New England as mills sprang up around the country, even in the isolated South Carolina Upcountry district of Spartanburg, where in 1816 a group of six investors led by Philip and Lindsay Weaver traveled south from New England and began the South Carolina Cotton Manufactury. Other mills would follow, though their number and size remained small, with the total employment in the textile industry in Spartanburg in 1850 limited to 114. After the Civil War, one report listed only six small mills operating in Spartanburg in 1867, with the largest boasting only 1,000 spindles.

In the years after the war, the nation experienced a wave of consolidation as small railroads were merged into large regional and eventually national railroad companies. The South Carolina upcountry took part in this as new projects such as the Charlotte and Atlanta “Air-Line” Railroad linked Spartanburg, Greenville, and Anderson to the national transportation system while smaller communities such as Gaffney, Walhalla, and Pickens benefited from their locations along the main lines or on spur lines. By the 1880s the South Carolina upcountry was fully connected to the rest of the nation with Spartanburg acknowledged as its economic heart, literally the Hub City of the entire region.

Having the ability to transport their products cheaply and easily paved the way for entrepreneurs in Spartanburg to begin constructing new mills, led by the surviving veterans of the prewar textile industry, men like Dexter Edgar Converse and H.P. Hammett, who provided their experience and their investment dollars. These older businessmen were joined in the 1870s by others. Arguably the most successful group of investors was led by John B. Cleveland and Joseph Walker. Cleveland was a successful Spartanburg merchant who, in 1866, joined with Walker, a former employee, to start an investment firm to back textile projects.  Though Cleveland eventually left the firm a few years later, Walker added partners such as C.E. Fleming, a local physician and pharmacist, and J.H. Sloan, a local merchant. Walker, Fleming, and Company took on other partners at various times, including, most notably, a local farmer and merchant named John H. Montgomery, who in 1876 had moved from Hobbysville to Spartanburg. There he established a store that was the Southern agent of a Baltimore-based fertilizer manufacturer. Montgomery, like the others, was looking for opportunity.

The concept of the New South, coined by Atlanta newspaper editor Henry W. Grady, preached the need for Southerners to move away from an agrarian past and embrace industrialization and manufacturing to build a new Southern prosperity. In economic terms, the concept helped motivate Southern elites like Walker, Fleming, Sloan, and Montgomery in their investments. In other industries, however, such as steel manufacturing and tobacco, early Southern-led businesses were soon controlled by Northern tycoons like Andrew Carnegie and James Buchanan Duke. In South Carolina, the textile mill owners also looked for Northern investment and technology, but the mills remained largely in the hands of the local investors – a 1916 survey of 85 mills showed that only 28% of mill stock was Northern owned.

The growth of textile manufacturing in South Carolina grew rapidly in the early 20th century. By 1910 there were 167 textile mills operating in South Carolina, ranking it second only to Massachusetts in textile production. By 1925, South Carolina had taken its place as the leading textile producing state in the nation. The upcountry, led by Spartanburg, boasted the largest concentration of mills in the state. In 1901, the state of South Carolina had 1.8 million spindles in operation; 555,000 of those were in Spartanburg County. The centrality of Spartanburg to this growth was clear. By the beginning of the 1900s, pamphlets, city leaders, and the mill owners themselves were proudly proclaiming Spartanburg as “The Lowell of the South,” claiming the mantle of visionary leadership established by Francis Cabot Lowell almost a century past. The nature of mill work changed over time as laws, technology, and society evolved, and eventually the industry moved overseas and the mills began to disappear.  While most of those mills are today gone, their legacy lives on in the buildings, the families, the stories, and the history that remains. Using it to improve education is simply one more step in that story and giving it new life and importance. 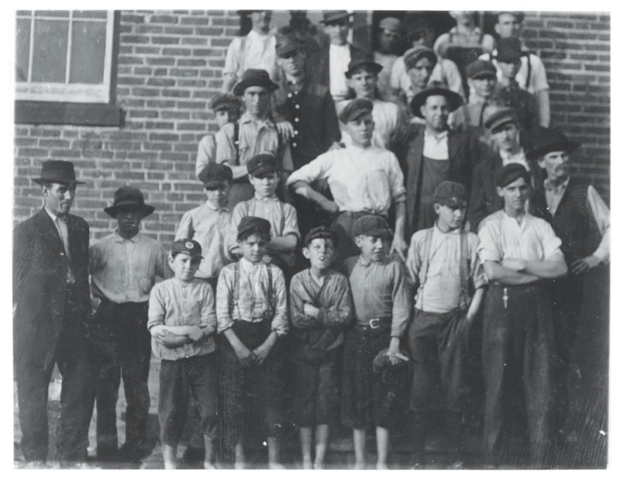 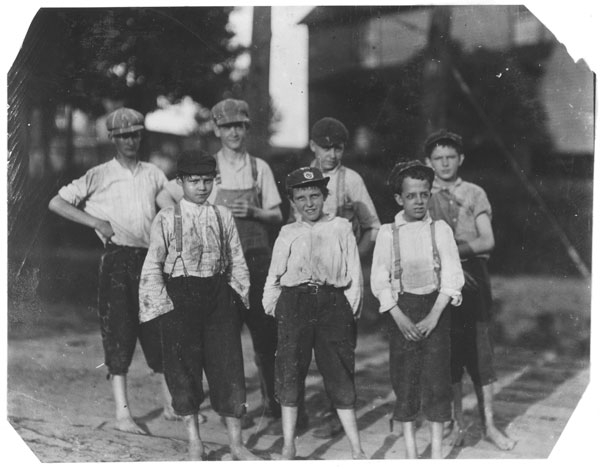 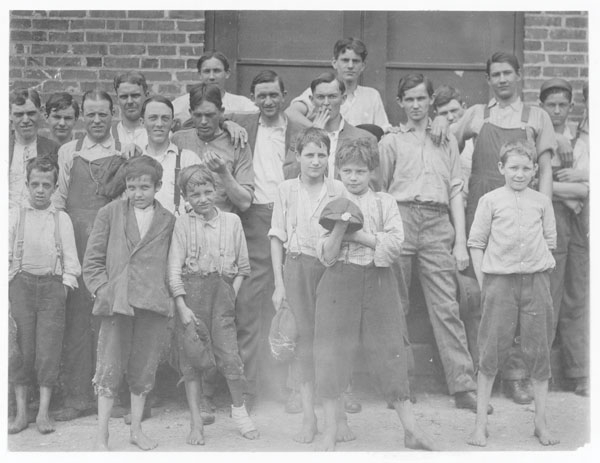 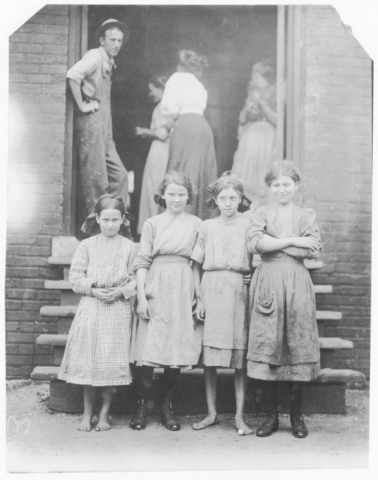 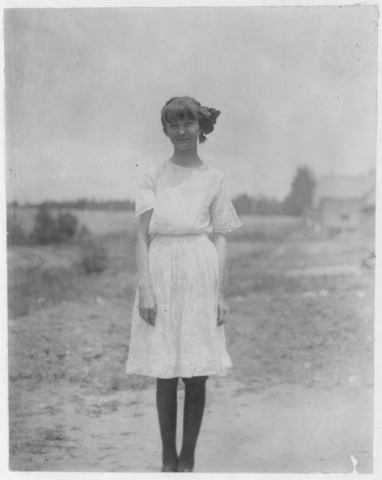 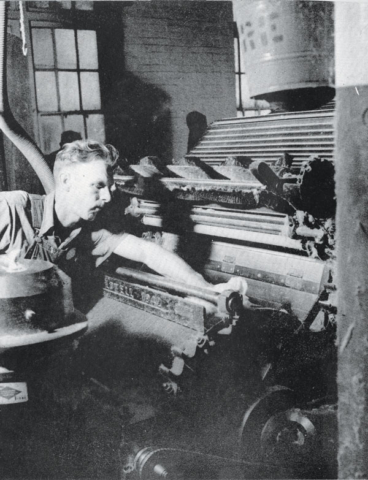 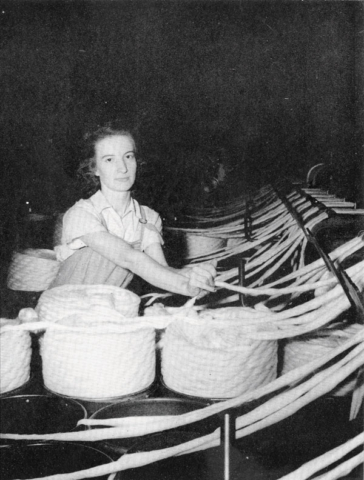